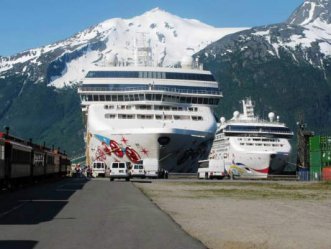 The Murder Mystery Lunch on vibrant, brassy Norwegian Gem is among the numerous ocean day activities open to its people, activities which not just range from the usual traditions of poolside relaxing, bingo and art auctions, but additionally some truly great options. You can box, virtually, around the Very Atrium's gigantic two-story Brought screen using Nintendo's Wii U, or bowl in fashion with two neon-lit bowling lanes on each side from the Marrakech-inspired Bliss Ultra Lounge. The ship also includes a lavish "Bar City, " a lengthy, dazzling space that may attract both martini drinker and also the cigar aficionado. Gem released in the year 2006 because the third in Norwegian Cruise Line's Jewel Class, that also includes Norwegian Jade, Jewel and Jewel. These affordable, large ships provide ample public space, great passenger flow and an array of dining and lounge options.

Norwegian Gem is packed with jewel-well developed designs (mauve and teal, turquoise and green, crimson and blue, with the periodic a little fuchsia and orange) and original art. (A Dale Chihuly sculpture anchors the atrium, a little Van Gogh reproduction dangles behind the reception desk.) Its two pools and upper sun decks offer trendy seating (faux wicker chairs and padded chaises, some double lounge chairs with pillows). Additionally, the ship boasts 12 "Freestyle" restaurants (meaning no set dining occasions or tablemates), 11 bars and lounges, a bowling alley, a five-level mountain climbing wall (with easy, medium and difficult levels of difficulty) along with a contemporary kids club.

Is Norwegian Gem perfect? No. Extra charges can rapidly accrue, from $5 bowling to $12 yoga the multiple niche restaurants outnumber complimentary dining options almost two to 1. Just the dining rooms Indigo and Summer time Structure, Blue Lagoon and also the pool deck buffet are fee-free. We don't like the tacky plastic flowers that demonstrate in places where there must be real ones or none whatsoever. Despite our quips concerning the costs, the Gem is encompassing, though not overwhelming.