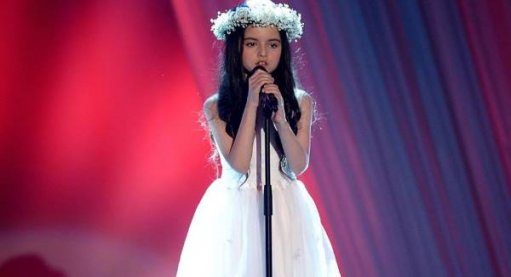 The most recent viral voice on the web goes to Angelina Jordan, a 7-year-old who auditioned for Norway's Got Talent having a Billie Holiday hit that introduced the show's idol judges to tears and taken audiences worldwide.

Jordan, putting on a whitened dress with no footwear, with confidence introduced herself to idol judges Mia Gundersen, Omer Bhatti, Bjarte Hjelmeland and Lisa Tonne before reducing into her audition song: Holiday's rendition of "Gloomy Sunday." Her oddly accurate cover gained her a standing ovation within the studio, and also over 1.8 million sights online.

"I believe you're an old soul that has resided many lives, " stated Bhatti, based on YouTube's British subtitles. "You sing fantastic and that i got goose bumps in the beginning.

Hjelmeland added, "Sometimes when you're a grownup, and also you visit a child that sings, we can not really know how it is possible, since you sing in ways that people believe you need to be old, or perhaps early, to have the ability to do … Personally i think that sad Sunday."

Obviously, all idol judges chosen her through to another round, but after going viral, she may as well set her eyes on America to prevent by Ellen, as Ellen Degeneres frequently spotlights budding talent, especially in the worldwide versions from the Got Talent franchise. Recently, she featured India's Got Talent contestant Akshat Singh, following the 8-year-old's Bollywood dance video went viral.

Exactly what do you think about Jordan's cover? Seem off within the comments below.

Norway´s got talent - Best singer on Norwegian TV - EVER!!!

Norway got Talent - Tofan Sings About the War in ...

quick the winner of norway got talent