Danish, Norwegian, or Swedish? Which one should I learn? 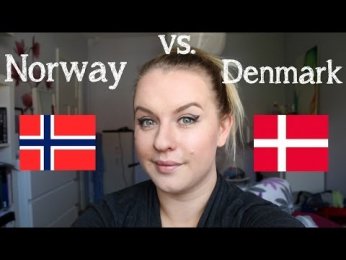 On the forum which i frequent quite frequently but rarely publish on raised the subject of selecting on whether or not to learn Norwegian or Swedish his or her next language to understand. They clearly understood that Danish also suits the puzzle too but like many more confronted with this alternative (even Danes themselves) will say that it's less enjoyable sounding as Norwegian or Swedish. Fair enough but which language will tailor to your demands where exactly you intend on while using language.

Scandinavian languages tend to be nearer to one another than The spanish language would be to Portuguese and when you realize one you are able to communication and browse others without a lot of difficulties on the way. You need to simply train your ears to get accustomed to the various sounds of every language.

In comparison to languages like German, The spanish language, French, and Japanese: Scandinavian languages generally have much less loudspeakers and on the top from the huge majority speak British quite fluently. So it wouldn't be smart to be a complete beginner from the language and coming in Scandinavia with limited or no understanding within the language. If your native Dane, Norwegian or Swede discover that the a local speaker of British, they'll change to British along with you and it'll be very difficult otherwise unattainable these to switch to their native language for you personally. You now either need to let them know that you'd like to practise your Danish, Norwegian or Swedish or just continue the conversation in Danish, Norwegian, or Swedish. (Even when they frequently discourage you against doing this or carry on using British along with you regardless).