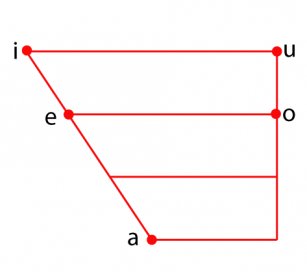 The foundation of contemporary Norwegian is rather easy. One language developed into another and so on without an excessive amount of complication (in comparison to British). As pointed out in How Vikings Transformed the British Language: First Contact, one way that students announce that the language been around is as simple as written evidence. Many of the earlier evidences of language originates from making it through texts for example poetry or stories. For ancient languages for example Egyptian, hieroglyphics are evidence enough. For Norwegian, runes and texts provide proof of the Norse language. However, you will find lots of languages that just have later languages to demonstrate they been around. This is correct using the supposed grand-dad of all of the North European languages – proto-Germanic. Students have theorised this language into existence by evaluating all of the Northern European languages. Logic dictates when the languages of Northern Europe are extremely similar they should have developed in one common language. Foreseeing this out is known as ‘linguistic reconstruction’. (We'll consider this in another publish.)

Proto-Germanic is just a branch of what's known as the Indo-European Language Group including The spanish language, British, Hindi, Portuguese, Bengali, Russian, German, Marathi, French, Italian, Latin, Punjabi and Urdu. It's believed that language ‘started’ somewhere near India, therefore, the term ‘Indo-European’, after which spread around the globe through migration.

Similar to the scientific naming of creatures and plants, language has numerous groups to define and redefine it. The Germanic language branch includes German, British, Nederlander, Africaan, Danish, Swedish, Icelandic, Faroese, Gutnish and, obviously, Norwegian. Germanic languages will be split again into area groups. Norwegian is incorporated in the North Germanic group. Then within Norwegian you've regional dialects and also the micro-determining continues.